Shikoku Island is often forgotten about as a tourist destination, but Ehime Prefecture might just make the top of your to-go list. Since before even the Heian Period (starting in the year 794), Ehime Prefecture has had a large fishing culture and was strategically important for Japan, defending against pirates and Mongolian invasions. The oldest onsen in all of Japan is also in Ehime Prefecture, Dogo Onsen in Matsuyama City (conveniently the capital city) is over 2,000 years old. The main bathhouse building from the Ghibli film Spirited Away was even modelled after the main building at Dogo Onsen!

If you’re not up for flying into Matsuyama airport, you can also access Ehime Prefecture via Japan’s highway system, or catch the shinkansen from Tokyo or Osaka to Okayama then you’ll need to change over to a regular train for the rest of the trip to Ehime Prefecture! 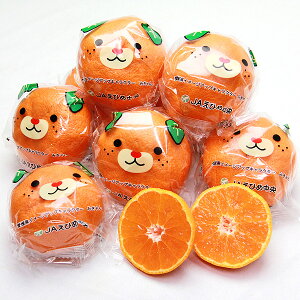 Mikan is a super popular flavour throughout Japan, as sweets, ice cream, desserts, and even flavoured water! But in reality, it’s actually a citrus fruit referred to as a mandarin orange in English. While mikan is well known, an even more famous citrus fruit from Ehime Prefecture is iyokan. Iyo was the name for Ehime Prefecture around the time of the Meiji Restoration (late 1860s) and the iyokan is named after that.

Iyokan look like mandarins, and are the second most widely produced citrus fruit in Japan (number one is the mikan!) Another surprising fruit produced in Ehime is kiwi fruit. 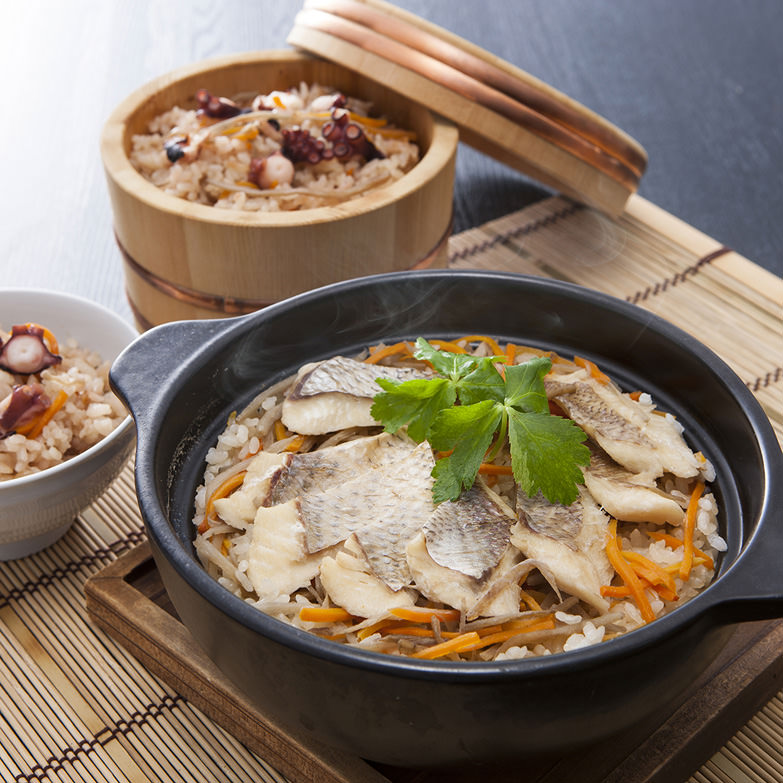 Ehime Prefecture faces the Seto Inland Sea, from where the fishermen catch abundant sea bream, pilchards, and scad fish. All of these fish are cut into sashimi, cooked as tempura, or any number of other preparation methods.

Whole sea bream over rice is a common dish in Matsuyama city. The fish is braised and then placed on top of a bed of rice before being steamed. The tender fish flakes infuse with the rice to provide a delicious flavour.

Your first thought when you look at a taruto cake is that it looks just like a Swiss roll. It’s said that the cake originally came from Nagasaki and adjusted to for local tastes, but that most people didn’t even know about it because the feudal lord at the time liked it so much he tried to keep it secret! The inside of the roll is bean paste flavoured with local citrus.

Botchan dango are rice cakes arranged as three balls on a skewer, covered with three flavours of bean paste: matcha, egg, and adzuki red bean. It’s a major souvenir from the area so it’s super easy to find in souvenir shops, at hotels, and tea shops.

Matsuyama City has all four of Japan’s main noodles – udon, ramen, somen, and soba. The local ramen, Matsuyama ramen, is said the be the sweetest variety in all of Japan. It’s a tonkotsu pork bone broth with chewy noodles and simple toppings.

Nabeyaki udon, or udon cooked in a nabe clay hot pot, is a soulful food that warms the belly and is best shared. The noodles are cooked until soft, and the broth is a little on the sweet side, just like the local ramen. 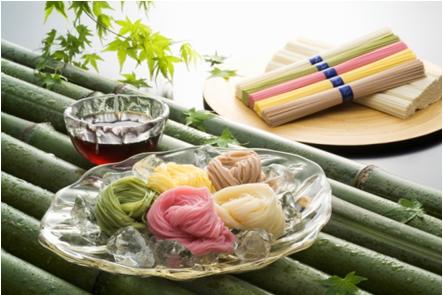 Somen are Japan’s thinnest noodles, similar to vermicelli noodles. The Ehime Prefecture goshiki somen come in different colours from natural sources. For example, green comes from matcha, yellow from eggs, brown from buckwheat, red from plums and shiso leaves. The noodles are hand made and served with sea bream.

Finally, both udon and soba noodles are used in mitsukamayaki which is very similar to Hiroshima style okonomiyaki. The noodles are layered with plenty of cabbage, and crepe like batter topped with sauce.

Ehime Prefecture’s yakitori won’t look how you expect it to. For starters, it won’t be served on a skewer! Here, you’ll get loose pieces of chicken on a plate. The chicken is cooked on a hot plate and then pressed flat, squeezing all the fat out and creating a super crisp texture. 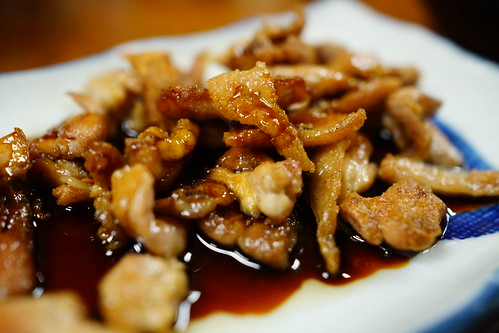 What sounds the most delicious from Ehime Prefecture? Let us know in the comments!