The first feature from Shikoku is Tokushima Prefecture! Shikoku is the smallest of the four main islands of Japan, and Tokushima Prefecture is known for a number of things. Agriculture is their largest industry, and they are the largest produces of lotus and cauliflower in all of Japan but they also produce rice, carrots, and flowers! You can drive over the Akashi Channel Bridge from Kobe to Tokushima, or fly to the local airport, Tokushima Awaodori. You can also get the Shinkansen bullet train, but it requires two stop overs (one at Okayama, one at Takamatsu) if you’re coming from either Tokyo or Osaka. If you’re looking to save a bit of money, we suggest taking a night bus so you can sleep overnight while you travel!

As we said, Tokushima Prefecture is well known for vegetable production, too many to name, but as always the prefecture also has a range of local dishes you can’t miss if you visit!

Oh yes, the mighty ramen! Tokushima Prefecture style ramen is a tonkotsy pork soup with soy flavouring, chased, standard ramen toppings like bamboo shoots and spring onions, and it’s characterised by a raw egg added on top! It’s suggested to taste the ramen first without the egg, and then with, so that you can appreciate the flavour difference.

There are also local varieties of soba, udon, and somen noodles. It’s said that the local Yoshino River’s supply of clean and fresh water is why there are so many noodle specialties in Tokushima.

Kobe has Kobe Beef, and Tokushima has Awa Beef (and chicken, and pork!) Awa odori (the chicken) is said to be the most requested chicken all over Japan. The pork is also highly regarded, and delicious in things like pork katsu or katsu sandwiches. The beef is best eaten thinly sliced and dipped into shabu shabu, a unique style of hot pot where you dip ingredients one by one and then eat them rather than dumping all ingredients in the pot and eating at once. 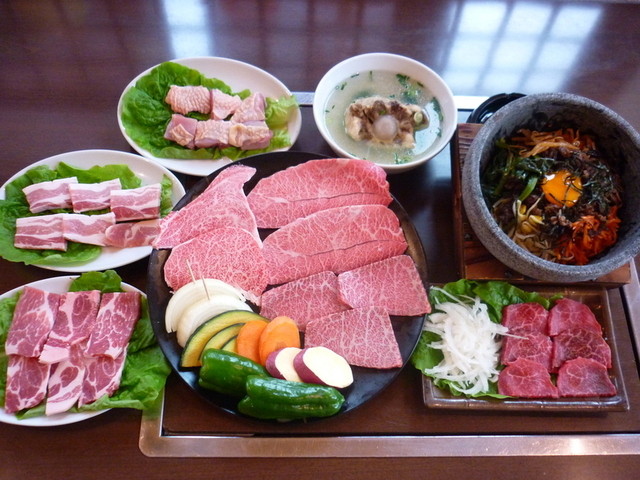 Each of the animals is raised according to very specific standards, and the meat is said to be super flavourful.

Tokushima has a local type of theatre puppet called awa deko, they have small heads and large costumes, dressed up like theatrical actors and reasonably life like. Dekomawashi are a skewered food where the shape resembles deko puppets, with the small round head and big body.

The skewer has konnyaku (a jelly made from starchy vegetables), tofu, and a piece of potato and is roasted over a fire. They’re dipped in a miso sauce and best eaten while fresh and still hot. Not Naruto the ninja, naruto the pink and white swirly fishcake! Have you ever wondered why this fishcake is called naruto? It’s actually named after the natural whirlpools that form in the Naruto Strait off of Tokushima. This body of water has exceptionally fast tides (15-20km!) and whirlpools form during the changing tide, they can be as big as 20m across! 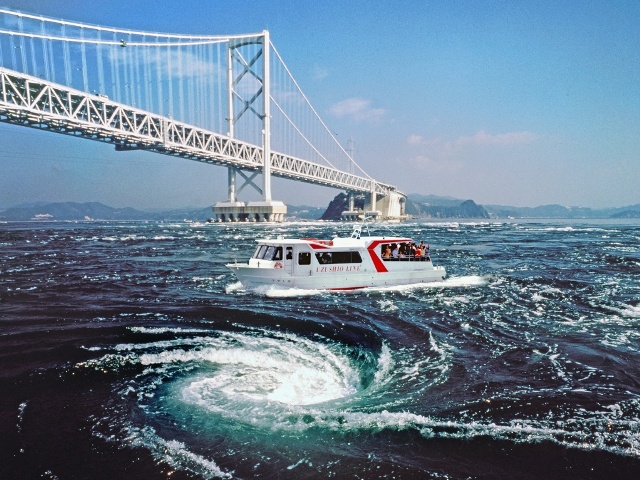